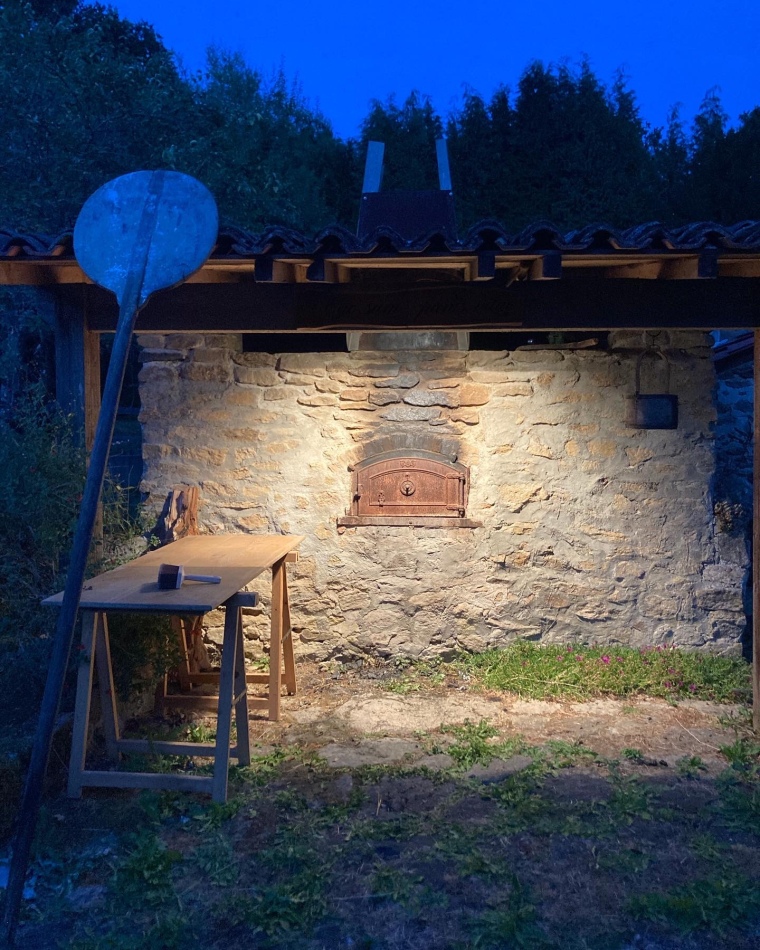 Le Four de Sainte Anne à  Chez Bonneau began as personal learning project inspired by the film, “Julie & Julia”. I decided to cultivate my culinary skills and knowledge by committing to a particular repertoire contained in a book, The Complete Magnolia Bakery Cookbook: Recipes from the World-Famous Bakery and Allysa Torey’s Home Kitchen (2009).  I had hoped to bake all of the recipes in the Magnolia cookbook in one school year – September to June. I only managed 89 of 140-ish recipes by the end of the school year. I did manage to learn a lot.

One thing I learned was that my interest was not in baking standard American recipes with all-purpose flour and lots of sugar in a conventional oven. My heart lies elsewhere, with three areas of interest. First, I want to cultivate a knowledge and use of a variety of flours, especially whole grains and older grain varieties that are naturally lower in gluten. Second, I want to explore the use of natural sweeteners that predate the easy availability of refined sugar. Honey obviously comes to mind, but there are others. Finally, I want to pursue recipes that work well in a traditional, wood-fired bread oven, like the one at our home at Chez Bonneau in France.

I am always on the lookout for recipes, regardless of their origin. France, however, will always be at the heart of my efforts. Expect recipes from northwestern France like the Gateau Breton and the Sablé cookies of Normandy. Likewise, savories such as Alsatian quiches and pâtés from Gascony will find their place in my oven and on the table of family and friends. And, of course, I will need to practice making bread. 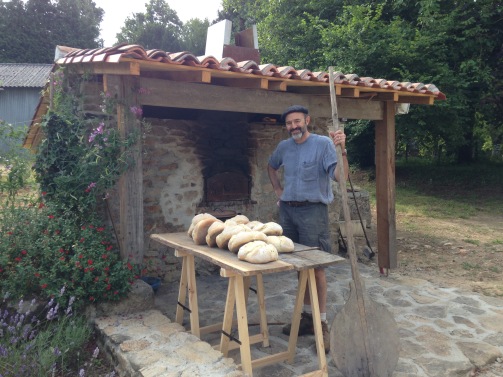 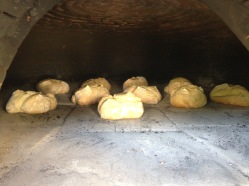 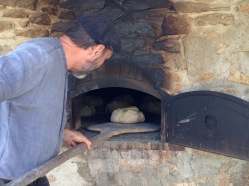 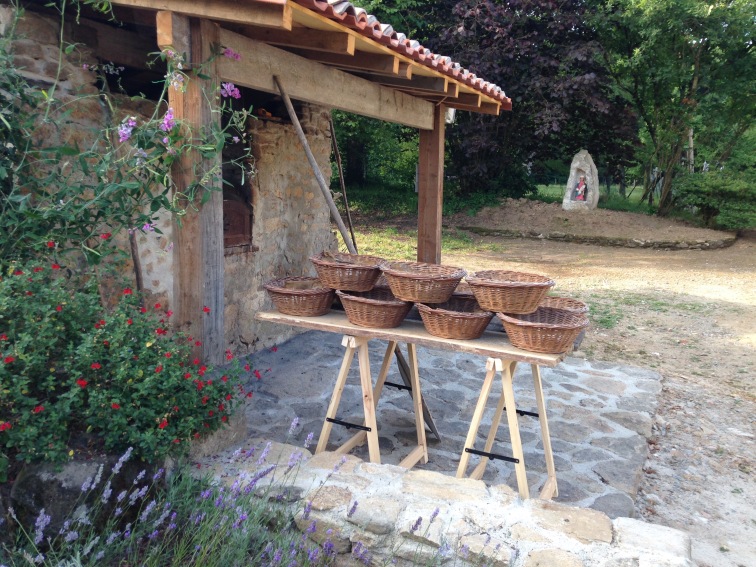 Ste. Anne overlooking her oven.
The bread oven at Chez Bonneau was built around 1805 and then rebuilt during the winter of 2016. It has an interior diameter of two meters. Our friend and deacon of the parish, Bon Pasteur, blessed the oven on July 26, 2016, the feast of Saint Anne, patroness of my wife and of children of teachers. We have begun the practice and hope to continue having an annual community celebration with friends and neighbors on Saint Anne’s feast to enjoy fellowship and the good things that come from the oven.

One thought on “About”